International Procurement and worldwide trade existed long before the 20th century. Already Marco Polo or Jakob Fugger (the Rich) can be considered as pioneers in this area and even centuries earlier there was trade between different countries. Not only in the Asian or Arabic economic areas, but whereever goods were bought from and sold to other countries.
The term "Global Sourcing" was coined in the 1980s of the 20th century – connected with the increasing procurement from the so-called "Tiger States" (Singapore, Taiwan, Korea und Hong Kong). China was followed later.
But why does it remain so difficult for many industrial companies to find the right approach into Global Sourcing while - at the same time - a few are very successful in its implementation and were spared the adverse effect of the recent economic crisis?
The publication "manager magazin", in a 2004 article – still timely today, pointed out that:

Global Sourcing Tools will demonstrate to you how this works !

Through the use of powerful software tools, which do not only find the hidden savings and make them transparent, but at the same time take into consideration specific goals and requirements of your company (Quality, confidentiality and protection of intellectual property, delivery reliability, worldwide spare parts availability, etc.) 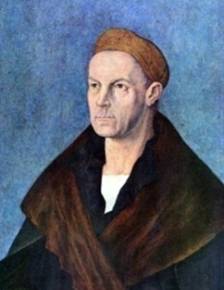 Even 500 years ago, it was a challenge to prepare information in the right way in order to trade with other countries. This is documented by a timeless statement of Jakob Fugger, one of the best merchants in his time:

What really makes a good merchant in this world, is a competitive edge in information and the capability to use it in the right way.